Remember... all of your participation in the Wordtrip challenges go towards your chances of being the next WotM.

jillstar wrote:The Picture Perfect Writing portion of Wordtrip is used to inspire writing through the "VISUAL" of life. Look at the picture below and write whatever comes to mine... short story, Fast Fiction or novel... even a poem may be inspired from this picture.

Not many takers for our pictures lately... if you have a picture you think would be inspiring to others to write about, send it to me. If you want to use a picture from past postings, feel free to write about one and post it... some of them are great! 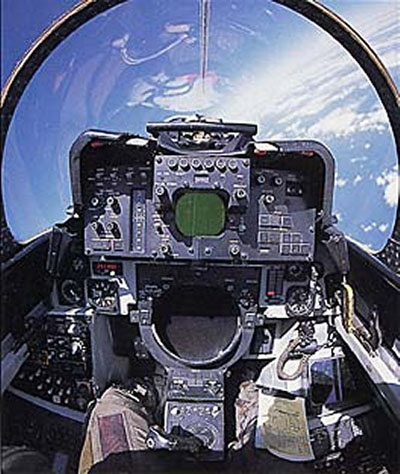 I think it's better to just write a paragraph to these things. Easier, less demanding, I suppose...

Exhileration begins at a point of velocity where the soul can't keep up with the body's location, where it tries holding on to the ankle but can only hook its pinky around its host's flesh. The body feels this as exhileration, and at such a height from the planet, the soul is sure to be following from behind. We, completely unaware of our own desperate spirits about ready to give up on its supposedly relentless hold on us. Speed of sound and that's it....anything faster and we're gone, seperated from the tight community of cells of our body, now free to float on. Tunnel vision, the slowly descreasing perception of peripheral as the pin-point before us becomes defined and star-studded with exploding colors. And then, the hollow whim of air passing by, lulling the passenger into a siren's trap.

Thanks for bringing this up today I forgot to fill in for Jill...

Since Jill is out for a while she's asked that some of the older Picture Perfects that not a lot of people have worked on are brought forward to see if we can get more people to try them out. So for today we'll try this one. Anyone else up for taking the plunge with this?
Is this my reality or yours?
Top

Thanks for bringing this up today I forgot to fill in for Jill... (bad day, don't ask)


I would have (and even thought of it), but wasn't in the "elite" group to fill in! lol! I even carefully considered all the possible options!
My blog is at http://anblicksanamorphosis.blogspot.com/
Top

Feel free to fill in anytime. Even post a new one if the desire strikes.
Is this my reality or yours?
Top

It's monday so I thought I'd do an old Picture Perfect challenge. It's a bit long and rough but enjoy.

Joseph Heller loved to fly. First it was being swung around by his father when he was three years old, to flying remote control airplanes when he was ten. When he graduated high school he did the only thing a young man who wanted to fly could do: he joined the Air Force. He trained for a year and worked hard but it never felt like work to him. He knew the skies like the back of his hand. But as a boy who yearned to fly turned into the man who learned to do so he still looked up. The crystal blue of the sky turned to dark cobalt over his head as he danced above the clouds. He longed to pull the plane up and soar into and through that line that separated heaven from earth.

“How are you feeling today, Joe?” The psychiatrist flipped a page in his legal pad and posed pen over yellow paper.

“I feel fine doc. When can I fly again?” Joe sat comfortably in the left corner of the couch. He propped his left arm on the edge and brought his right ankle up to rest on his left knee. He absentmindedly picked at invisible link on the fold of his jeans. It was the only sign he gave that showed he was uncomfortable in Dr. Reily’s office.

“Yes I know. ‘That I’m not a danger to myself, anyone else, or the equipment I fly’. I know the situation doctor, but I’m telling you I’m fine.” Joe tapped his fingers on his knee and brushed away more invisible lint.

“Have you heard any more voices?”

Joe looked up at Dr. Reily and smiled. “Nope. Not a peep. My head’s as empty as a school’s cafeteria in June.” Joe’s smile slid off his face slightly. “Well, it’s not really empty….I just meant…”

“I understand what you meant. When was the last time you heard the voices.” Dr. Reily flipped back a few pages in his notes and looked up expectantly at Joe.

“Come on doc, I’m sure you’ve written that down somewhere in those pages of notes you’ve taken.”

“I have. I waned to see if you remembered.”

Joe put his foot down and clamped both hands together over his knees. He looked straight in the eyes of Dr. Reily and said, “I haven’t heard any voices since I was grounded. You know we were pulling hard Gs that day. The maneuver was new and we were trying it out. Nobody knew what to expect. I must of gotten light headed or something. I don’t think I passed out but all the radio chatter must have felt like I was hearing voices.”

“You said they told you to fly up into the sun.”

“Well, I was dazed and confused. I’m telling you doc, it was only the voices on the radio. I just couldn’t make heads or tails out of them.” Joe sat back and folded his arms across his chest. His dream to continue flying came down to this: the opinion of one man who’s never experienced the pure unadulterated joy of flying and who’s suppose to find something wrong with the people he sees.

Joe waited. His dreams didn’t have to end here today. He could resign from the Air Force and take up commercial flying. But Joe knew: it just wasn’t the same. Flying a Boeing 747 jet liner would never been the same as an F-16 or a Tomcat. The Air Force gave him a powerful engine, a load of missiles and a clear plastic canopy almost completely surrounding him. A commercial airline could only offer him a plane the size and maneuverability of an 18-wheel semi truck and a copilot who probably wanted to yap all day about his wife or girlfriends nagging at him to quit his job and stay home. It was a life spent soaring through clouds, gazing down at the earth as only God can but it wasn’t the same. It wasn’t true flying.

Dr. Reily sighed and Joe waited for the bad news. “I’m recommending you to fly limited number of hours for the next couple of weeks with a session with me after each flying exercise.”

“What? You can’t.” Joe stood up rage coursing through his veins. His hands were clenched in tight fists to prevent himself from throttling the doctor. Four crescent shaped cuts from his nails cut into both palms.

“Your flying will be closely monitored Joe, but if you’d rather wait until I was absolutely sure you weren’t going to go crazy every time you get inside another plane feel free to act out now. I don’t know if these voices you heard were from the increased Gs you experienced or not, but the only way I’m going to find out is if I let you fly again.”

Joe fell back down onto the couch. He struggled to keep his breath steady and the anger from his voice. “You’re not trying to take my flight privileges away?”

“I want to help you Joe. If you feel up to it you’ve been cleared for a simple half hour flight run in a couple of hours.”

“A half hour?” Joe unclenched his hands and stared at the blurred line of blood slicing his palm into two separate horizons. “It’ll be fine. Thanks doc.”

Two hours later Joseph Heller sat strapped in his Tomcat waiting for the “Go” command from the tower. He’d soar once again into the heaven’s rich blue. He’d dance his plane between one cloud and around the back of another. He looked out of the cockpit and saw the gently curving line of the distance horizon. The Earth slopped gently down from that horizon. No matter where you stood or looked it would always slope down, curving around in one continue loop until you were back to where you started.

“Stand by for take off.”

Joe looked up out the top of the canopy and stared up into the blue of the sky. “There is a line there too. I wonder what’s on the other side.”

“Eagle three this is tower one, could you repeat that.”

“Eagle three ready to fly. I can’t wait to see what’s up there.”

Joe flipped the switches and readied the plane for take off before jetting into the air as heavy Gs pushed him back in his seat. He met up with and formed formation with Captain Marty Carlyle. They soared and turned, dipped and climbed, rolled and flipped through the air. Joe whooped and hollered at the rapturous joy that coursed through him. He flew the plane with nose pointed up and broke through the top layer of cotton ball clouds. He stared off into the distance at a hazy line of blue and white, a horizon between earth and space, heaven and hell when he heard voices once again.

“There are no horizons up here.”

Joe looked down at the brown and blue of Earth’s surface below. Every mile marked and known. Every horizon seen and explored. And he knew and understood the truth in the voices that he heard. He pulled the nose up and increased the throttle. The Tomcat shuddered and rattled all around him as the plane was pushed to the altitudes and limits it was not built for. He only distantly heard the yelling voice of Captain Carlyle and the siren blasts of warning from his instrument panels. The only sounds he listened to was the sound of the voices as the sky around him turned from pale blue to indigo and finally to black.

“We wait.”
Is this my reality or yours?
Top

"Where's the ashtray on this thing?" said the rogue pilot as he lit up the sky.
Top

Where's the tomcat?
nothing is ever simply Yes or No. There's always a But...

A rock guitar buzzed somewhere in the pilot’s head as he twisted his bird in the sky. To say it was exciting was an understatement. The pilot could feel his pulse fighting like some mad snake as his heart pounded his ears with heavy drum beats. It was fear and freedom, exhilaration and enchantment – all rolled into one crazy dream of colours.

The blue sky ahead spurred on the pilot’s imagination. Was this how the earth looked like when God first created it? The virgin blue of the sky splashed with the angelic white of the clouds. Sparkles! Heaven can only be somewhere near here, the pilot thought. If only I can fly up to it.

Hey Listen! If you don't stop kicking the seat, I'm gonna have to pull over!
Foxes don't explode, rabbits do.
Top
Locked
10 posts • Page 1 of 1

Users browsing this forum: No registered users and 1 guest